Bhagavad Gita is a spiritual document that explains how one reaches enlightenment, by using an epic dialogue between Pandava Prince Arjuna and his guide, Lord Krishna.

Arjuna faces an internal struggle between good and evil. Through this conversation, Arjuna learns that a person must find peace by completing the highest service to his God. One must not be fooled by the traps of the three gunas:  rajas (anger, ego), tamas (darkness, ignorance), and saatva (harmony, purity). Arjuna is led to understand the importance of one’s devotion to the divine and greater good, blending philosophical, spiritual and yogic ideals.

According to the text, there are four major paths (Margas) that guide one to the ultimate goal of yoga – Kaivalya.  Kaivalya means ‘aloneness’ and refers to the recognition that the divine is all there is.  With this recognition comes freedom from the gunas and all that is temporal or ephemeral. 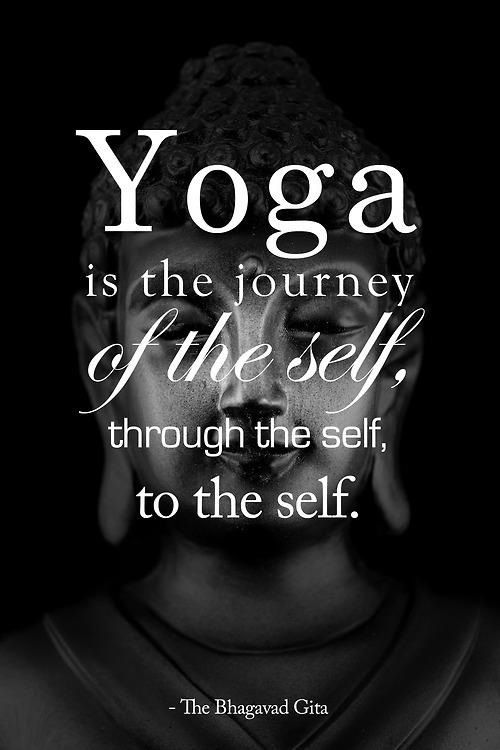 The Bhagavad Gita is a profound text that requires one to read between the lines of the text with an open, analytical mind, but to get practical guidance from one who has a deeper attainment than ourselves. Historically, comprehension of the text was vital to one gaining success in all parts of life. It emphasizes the importance of goals, absolute truthfulness, and a willingness to learn throughout life’s journey.

There are many insightful quotes found in the text that people often incorporate into their daily living philosophy:

"It is better to perform one's own duties imperfectly than to master the duties of another. By fulfilling the obligations he is born with, a person never comes to grief."

"We are kept from our goal, not by obstacles, but by a clear path to a lesser goal."

"On this path, effort never goes to waste and there is no failure. Even a little effort toward spiritual awareness will protect you from the greatest fear."

To learn more about the Bhagavad Gita, see the texts below.