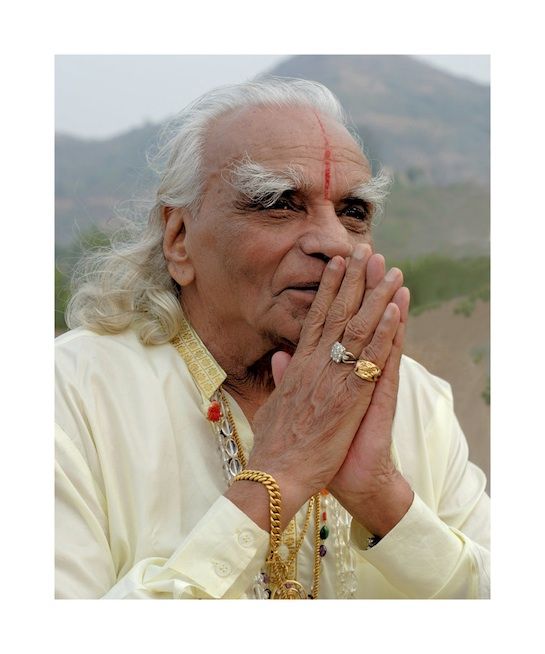 Sometimes referred to as the "Michelangelo of yoga" or even the "king of yoga", we simply call him B.K.S. Iyengar, or even Yogacharya--yoga master.

Bellur Krishnamachar Sundararaja (BKS) Iyengar was born on December 14, 1918. He grew up in an environment centered on learning. His father, Sri Krishnamachar, was a school teacher, which shaped his ability to educate those around him. However, BKS struggled with his health from a young age. A victim of malaria, typhoid and tuberculosis growing up, he began practicing yoga when he was 16 years old. Two years later, his guru, Sri T. Krishnamacharya, sent BKS to Pune, Maharashtra to teach others. Self-disciplined and devoted, he developed his own modified practice focused on fine details in alignment in yoga asanas (poses).

Decades later, BKS has written 14 books on yoga philosophy and practice. His most famous and influential work, Light on Yoga, was published in 1966 and has been translated into 18 languages. Named one of Time magazine's "100 Most Influential People," his practices have been appreciated by Dr. Rajendra Prasad (the first president of India), Pope Paul VI, and even Elisabeth, Queen of Belgium. A testament to Iyengar yoga's accessibility for all, he taught Elisabeth sirsasana (head stand) when she was 80.

Today, BKS still teaches and practices yoga at the age of 95. With the help of his late wife, Ramamani; five daughters, Geeta, Vinita, Suchita, Sunita and Savitha; his son, Prashant; and his granddaughter, Abhi, he maintains the Ramamani Iyengar Memorial Yoga Institute (RIMYI) in Pune, India. Geeta and Prashant have, like their father, dedicated their lives to the teaching and practice of Iyengar yoga.