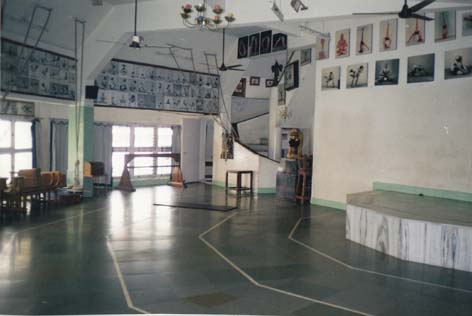 The Ramamani Iyengar Memorial Yoga Institute (RIMYI), located in Pune, India, is the nucleus of Iyengar Yoga. Celebrating almost 40 years of operation, it is dedicated to Ramamani Iyengar, the wife of B.K.S. Iyengar. Its directors are B.K.S. Iyengar and two of his children: Geeta S. Iyengar and Prashant S. Iyengar. Students and teachers, including Siegfried and Kimberly, travel across the globe to study, learn and absorb the both essence of yoga and the values of life it instills.

Keeping with the theme of "eight," a student must practice Iyengar yoga for 8 years before he or she may officially visit RIMYI to participate in classes and workshops. After being accepted, one can visit RIMYI's library, which houses more than 8,000 books on philosophy, anatomy, physiology, scriptures, medicine, yoga, and more, translated into many languages. The Institute is also filled with art and awards that have been presented to BKS Iyengar. 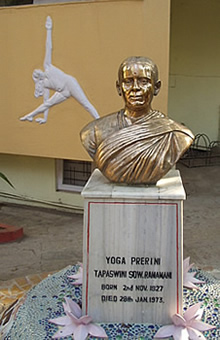