The Yoga Sutras of Patanjali provide an essential foundational text for yoga. Yoga has developed over many centuries, both as a philosophical tradition with links to Hinduism, and as a form of practice and lifestyle for addressing the challenges of human existence.

Due to its long history, yoga has developed into many branches that have common threads, as well as divergent philosophical underpinnings and practices. The proponents of yoga have developed their viewpoints in the context of the existing culture, primarily Vedic philosophy and its derivatives, as well. For this reason, Yoga is considered in India to be one of  the six darshanas (philosophical viewpoints) that are recognized as the main philosophical viewpoints and religious or spiritual traditions native to India. Classical Yoga as codified by Patanjali in the Yoga Sutras, is one of the six darshanas.

In the Yoga Sutras, Patanjali encompasses in four chapters (Padas) both Samkhya philosophy (another of India's darshanas) and the essential practices of yoga for attaining liberation from suffering.  As a method for attaining liberation or salvation, the Yoga Sutras are considered  soteriology, as well as philosophy. Sutra means thread, which implies the barest of texts  that conveys a deep truth. Each sutra must be explored through a meditative practice, with  guidance from an experienced teacher, for its embedded meaning to be understood.

The Meaning of Each Pada (Chapter) of the Yoga Sutras

Chapter 2 begins with a definition of Kriya Yoga, the yoga of action, which consists of deliberate effort, study of the self and traditional texts, and devotion. The purpose of Kriya Yoga is to  alleviate the causes of suffering (the klesas) and to attain Samadhi (absorption).

Patanjali describes the Law of Karma that underlies both the persistence of suffering and its resolution. In a fundamental way, awareness and discernment are highlighted as the keys to stepping off the wheel of karma. Attaining to the kind of discernment that alleviates suffering is a process that one can undertake in stages, in  the well-­‐known eight limbs of yoga -- Ashtanga  Yoga: 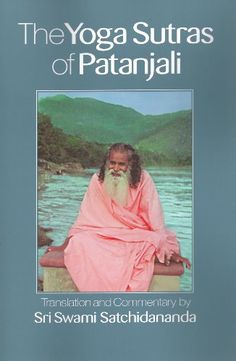 Vibhuti has several meanings: it denotes the sacred ash that remains when dried wood is  burned and signified what remains when the impermanent (the ego and its many manifestations) is discarded. What remains is the innate wealth that is divinely given.

This   wealth  consists  of  the  special  abilities  or  powers  listed  in  Vibhuti  Pada  that  result  from   samyama, the  combined  and  integrated  practice of concentration, meditation and absorption into  various objects of concentration.

For those whose practice is primarily asana, the wealth described in this chapter consists of a gradual awakening to the deep way in which the external world and its interconnections is mirrored by our own internal body and mind.

In this final chapter, Patanjali outlines his theory of consciousness, how it is  constructed and what happens to it when it liberated from its  fundamental confusion between the isolated self  and a Universal  Self.

Kaivalya  means "aloneness" but it does not refer to isolation; it refers to   the  experience that in the deepest realization there is no division  between self  and  Other. Aspects of our day-to-­day experience that are  natural consequences of the illusion of  separateness--passage of  time,  feeling of isolation, mental suffering--all fall away upon the realization that is kaivalya.