A history of back pain brought Lillian Waugh to Inner Life Yoga Studio and she doesn’t plan on leaving any time soon.

“I started going when I was 56 and practiced regularly at home. I’m 72 now,” she explained. “Micron by micron I opened—and I keep opening.”

After rupturing a disk (in her back) twice in the 80s, the pain worsened as Lillian spent years working at a desk. She gave up on rehab and learned to bear the pain. Unable to sleep, she tossed and turned in pain, moving to the floor and getting up 10 to 12 times a night.

Lillian’s coworkers jokingly nominated her to attend a series of stress reduction/relaxation classes at the WVU Health Sciences Center. During the classes, which were led by Kimberly, something just felt better to Lillian. It was worth a shot to attend some classes and see what came from it.

“At the time, I was in so much pain that I almost had to crawl up the stairs to the studio, “ she said, laughing. “But on my way back down after class, I felt lighter.” 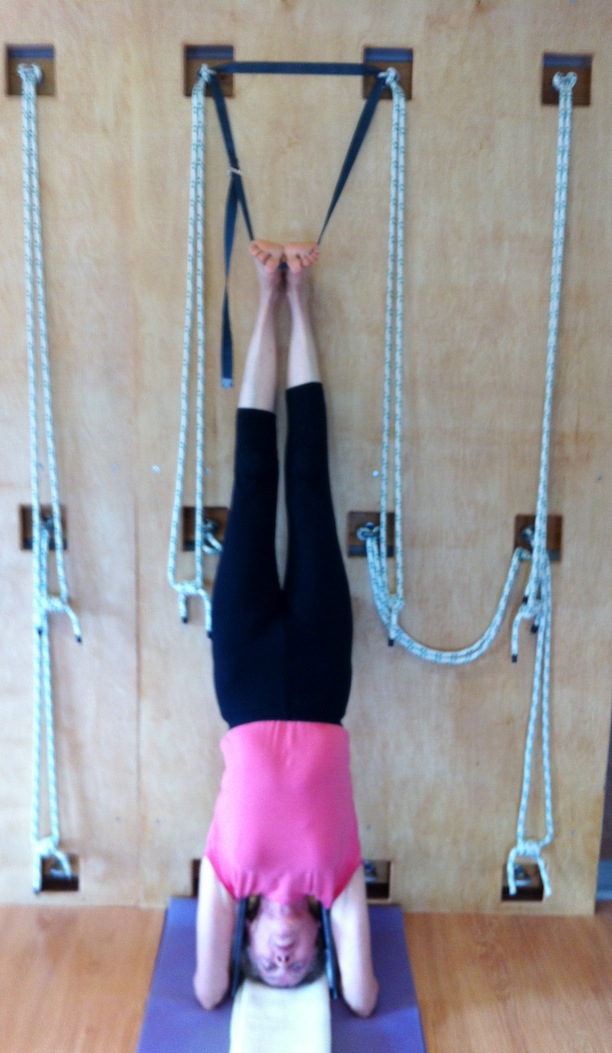 Lillian is naturally competitive. After all, she is an identical twin and is a former college athlete. Practicing yoga has softened her competitive edge—but not too much—and has taught her to drop the idea of “no pain, no gain.”

“Check your perceptions at the door,” she said. “Pain isn’t something that you have to live with.”

Lillian has learned, with help and guidance from the instructors at ILYS, to listen to her body and to take responsibility for it. The learning never stops for her, even after more than 15 years of practice; she embraces yoga as a lifetime pursuit.

All the while, she pursues other hobbies, such as playing the cello in an orchestra, and spends time with her family while maintaining a home.

“It has allowed me to stay strong mentally and physically. I can pick up my granddaughters,” she said smiling.

“I never have a problem getting out of a pain that comes—I understand my body and I can’t live without yoga,” she explained.

After being given the tools to manage her pain, and instruction on how to use them, Lillian has regained nearly an inch of her height. Her back is also straightened and she weighs within one pound of what she did in 1972 on her wedding day.

“I encourage anyone who is discouraged to the point of giving up to try it. The instructors at ILS truly do embody compassion and teach you to be compassionate about yourself in a truly supportive environment,” she said.